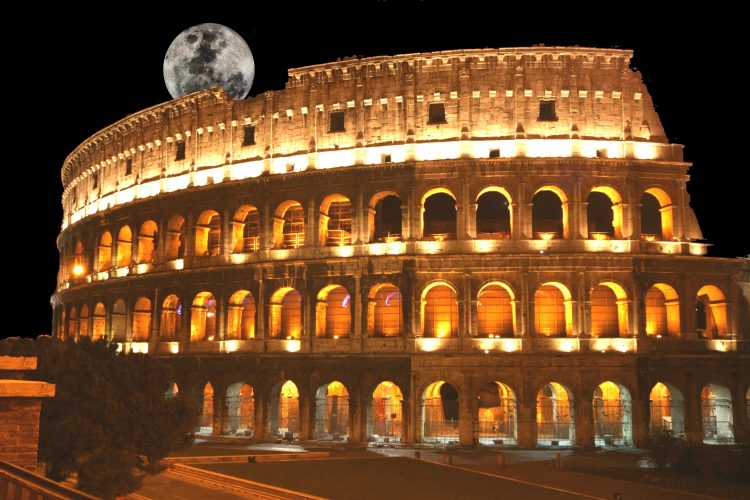 Enjoy to discover the most important squares of Rome as Piazza del Campidoglio, Piazza Venezia and the Colosseum, the greatest amphitheatre of the antiquity with its underground in the night. The Colosseum or Flavian Amphitheatre is a large ellipsoid arena built in the first century CE under the Roman emperors of the Flavian dynasty: Vespasian (69-79 A.D.), Titus (79-81A.D.) and Domitian (81-96 AD).The elliptical amphitheatre is still considered an engineering and architectural wonder and it remains, more then just a symbol of Imperial Rome, one of the most well known archaeological monuments on earth. The Colosseum is one of the most popular tourist attractions in Italy. The amphitheatre is a type of construction invented by the Romans. In Greek, amphi means “around”. So, an amphitheatre is a theatre, where the spectators can sit around the arena .With our tour you will discover the arena which was used to host spectacular public entertainment events such as gladiator fights, wild animal hunts and public executions from 80 CE to 404 CE and were than  more 50,000 people could be accommodated by the amphitheatre.